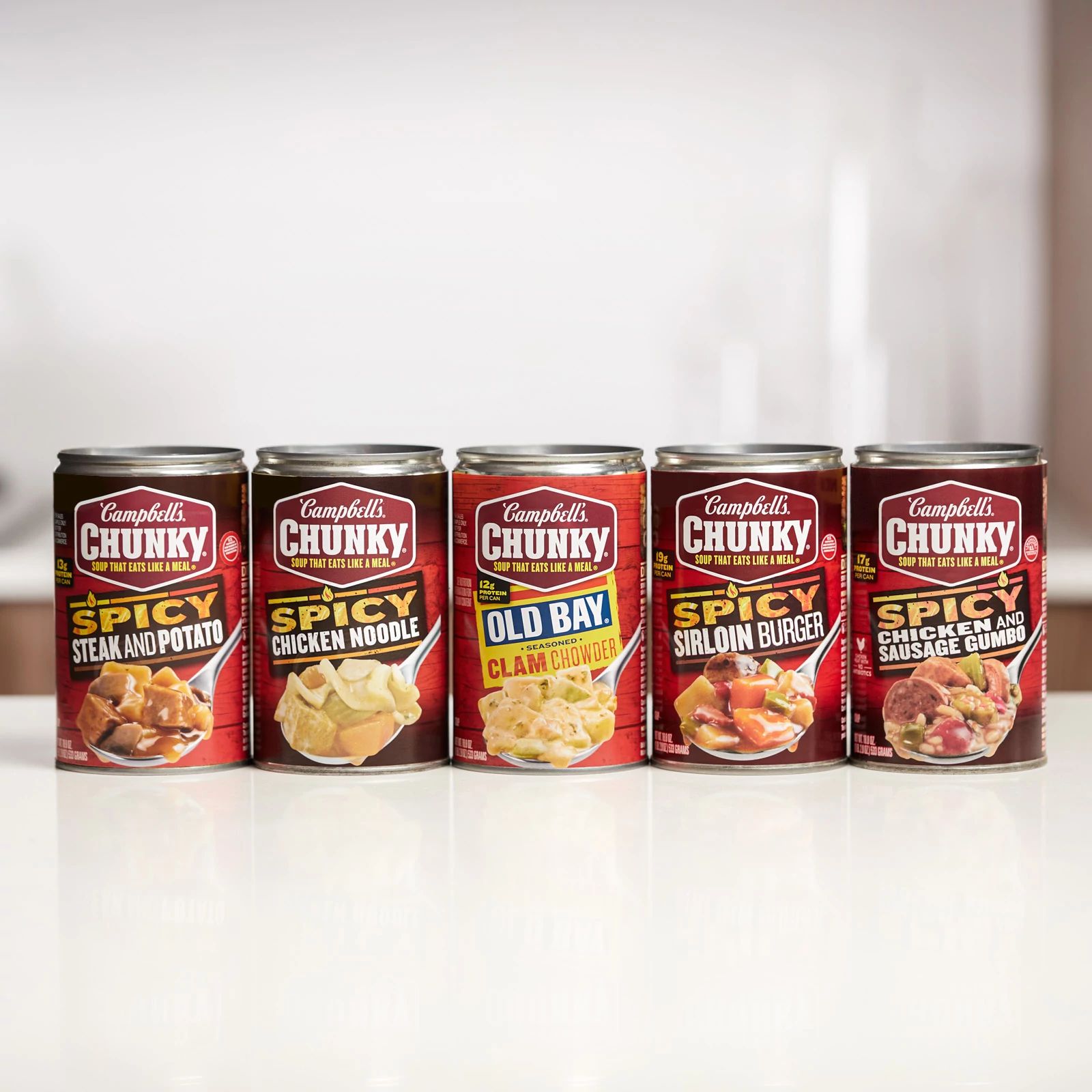 Known for being number one on the field and number one in our bellies, check out what’s new from the Campbell’s Chunky team:

One in ten people face hunger. To fight food insecurity, the Chunky team launched Chunky Sacks Hunger, a program that will donate one million meals* to people in need.

Throughout football season, Chunky is partnering with defensive players—the Soup Squad—to donate meals and to care for communities across the United States.

“Fueling people through nutritious meals is embedded in Chunky’s DNA.”

Spicing up the classics

Bring bold flavors to some of your favorite comfort food classics with Campbell’s Chunky Spicy Soups like Chicken Noodle, Steak and Potato, Sirloin Burger, and Chicken and Sausage Gumbo!

Get ready for kick-off with these new recipes from the Chunky team: Put me in, coach!

As the official soup sponsor of the NFL for 25 seasons, Chunky is continuing its partnership with EA Sports’ Madden NFL video game franchise and expanding reach in the gaming space with the launch of Campbell’s Chunky Stadium, a digital venue of the Madden Championship Series. The new stadium is the exclusive home of the series and is part of Madden NFL 23 for gamers to experience.

Chunky and LA Rams coach, Sean McVay, are on a mission to ensure everyone takes a lunch break, so Coach is reprising his role as the spokesperson in the evolution of Chunky’s Lunchtime is Your Halftime campaign.

We got a behind-the-scenes look at the making of the commercials. Have you seen the latest commercials with Coach McVay?

Another familiar face of the Soup Squad—Jonathan Taylor from the Indianapolis Colts—joined the Lunchtime is Your Halftime team to share his love for Campbell’s Chunky Spicy Chicken Noodle Soup.

Discover all Campbell’s Chunky Soups and find out where to buy your favorites.

8 things you didn’t know about Campbell’s Chunky Soup: ’The soup that eats like a meal’